Reforestation and forest restoration as means of combating desertification, climate change, and pollution are now high on the agenda of the Lebanese government, especially in the wake of the 40 Million Tree Campaign and the COP21 in Paris.

Close cooperation between government and non-government organizations, private sector and environmentally- engaged individuals is needed to meet this challenge.

As private entities and Lebanese citizens around the world are key enablers of reforestation, LRI is launching the ReforestAction initiative. ReforestAction makes it possible for you to support the birth or restoration of a forest in LRI-supported biocorridors or an area of your choice, while supporting improved livelihoods for rural communities.

WHY GROW A FOREST?

Forests provide a large number of valuable environmental services, including air filtration and pollution control, Carbon storage, water purification, water and soil protection against natural disasters, additional income to rural communities through direct and indirect benefits, recreation and wellbeing and many others.

WHAT’S IN IT FOR ME

Restore the environment of the area you choose, and thus create positive environmental impact. This will translate into:

In addition, we will support you in gaining visibility thanks to social and local media coverage and our communication follow through.

You’re one step away

*Click on a region to learn more about our green partnerships

Enhancement of the Association for Forests, Development and Conservation (AFDC) Nursery- Ramlieh, started in December 2011.

Tannourine, North of Lebanon USAID and Ministry of Foreign Affairs Engage Diaspora in a Planting Day to Demonstrate Long-Term Commitment to a Greener Lebanon

In 2015, touch planted a total area of 3 hectares in Anjar and Rachayya Al-Wadi in Bekaa, a space now known as touch forest. To take the initiative further in 2016, touch, the Municipality of Tannourine and the Municipality of Ehmej, planted another 3.5 hectares of land in Ehmej, and 2.5 hectares in Tannourine. Thanks to the hard work and dedication of the civil society and local residents of the area, touch successfully planted 1600 seedlings in each of Tannounrine’s Cedar Forest Nature and Ehmej Forest Nature Reserve. This constitutes an important step towards connecting green spaces, improving biodiversity and habitat as well as preventing soil erosion.

In light of this tremendous accomplishment, Lara Haddad, Vice Chairman at touch said, “Our solid Corporate Social Responsibility program Positive touch dictates certain duties, especially since touch happens to be an integral part of Lebanese society. It has been an honor to pursue a valuable environmental initiative like touch forest for two years in a row. I am confident that this project will leave positive environmental and economical marks on Tannourine and Ehmej, two municipalities that constitute real national treasures. touch will continue to carry out such projects and join efforts in creating a greener Lebanon”.

Maya Nehme, Ph.D., LRI’s Project Director in her remarks: “Our commitment to Lebanon’s forests and ours have led to the plantation of around over 600,000 native tree seedlings in different regions of Lebanon. We are very happy and enthusiastic to be part of touch’s green initiative, especially that it falls within LRI’s strategy to link existing forests and recently reforested areas to create safe biocorridors for wildlife and healthier extension of the green areas in the North, Rachaiya and Shouf. This partnership will help increase environmental awareness nationally and will contribute to increasing Lebanon’s green cover. 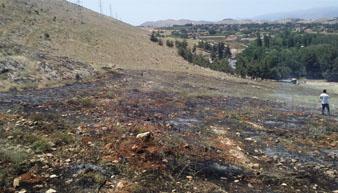 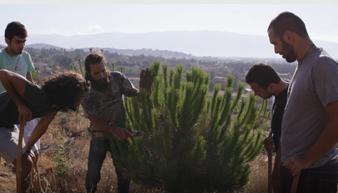 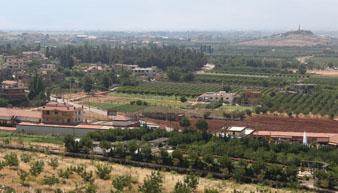